David Gold, assistant professor in the UC Davis Department of Earth and Planetary Sciences, has received a CAREER grant from the National Science Foundation (NSF) to investigate biomarkers for identifying the oldest animal fossils on Earth.

Biomarkers, also called molecular fossils, are chemical compounds produced by once-living things that are preserved in the geologic record. These compounds are valuable for natural resource exploration, tracking pollution sources, reconstructing the history of life on Earth and even looking for signs of life on Mars.

Gold’s research will focus on steranes, a type of biomarker produced from the sterols found in the cell membranes of eukaryotes (cholesterol is the most common sterol in animals). His interdisciplinary project will use the latest genetic tools to determine when the genes required for sterol biosynthesis evolved, and which organisms had the relevant genes through geologic time. The findings will be leveraged to evaluate whether fossil steranes are evidence of the oldest animals on Earth. Sterane biosignatures have been found in rocks up to 1.6 billion years old.

Gold earned a bachelor’s degree in ecology and evolutionary biology at UC Irvine and received a doctorate in biology from UCLA. He was an Agouron postdoctoral fellow in geobiology at MIT and a Cordes postdoctoral fellow in biology and bioengineering at Caltech before joining the UC faculty in 2018. Gold’s lab combines geologic, genetic and developmental tools to study the evolution of animal life. 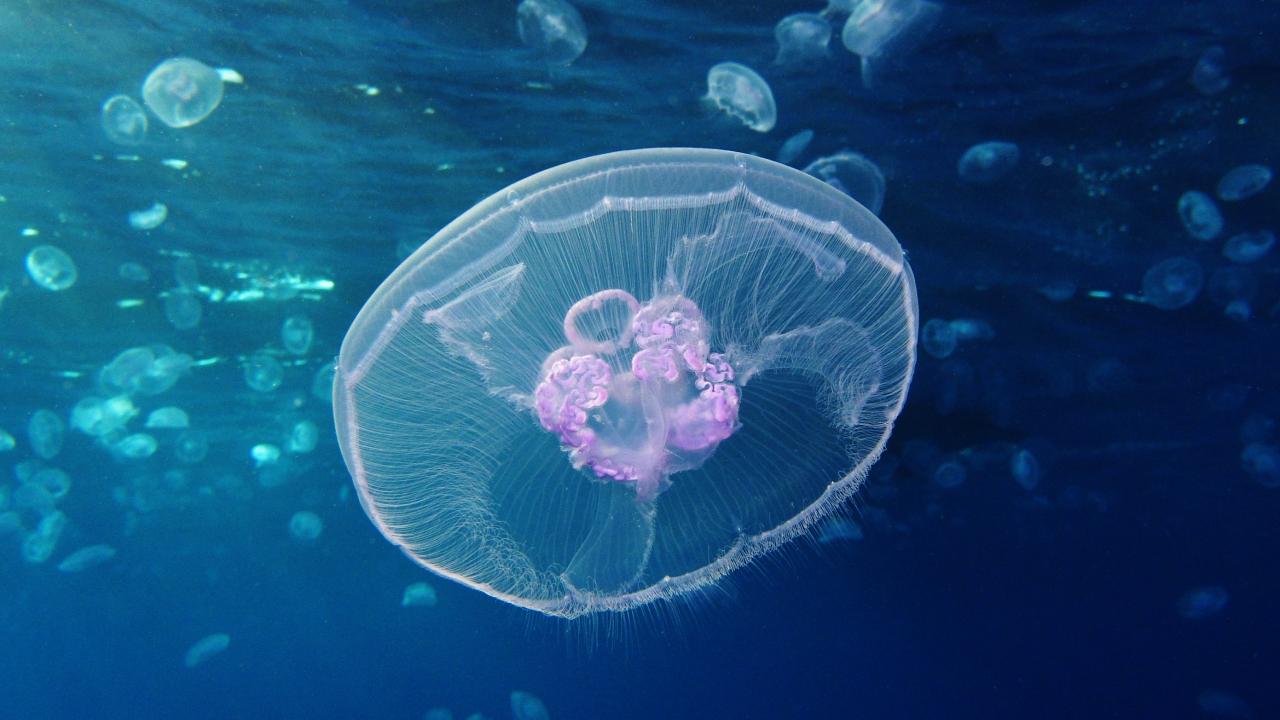 Jellyfish undergo an amazing metamorphosis, from tiny polyps growing on the seafloor to swimming medusae with stinging tentacles. The first in-depth look at the genome of a jellyfish — the moon jelly Aurelia aurita — revealed the origins of this successful survival strategy.

— Becky Oskin, content strategist in the College of Letter and Science