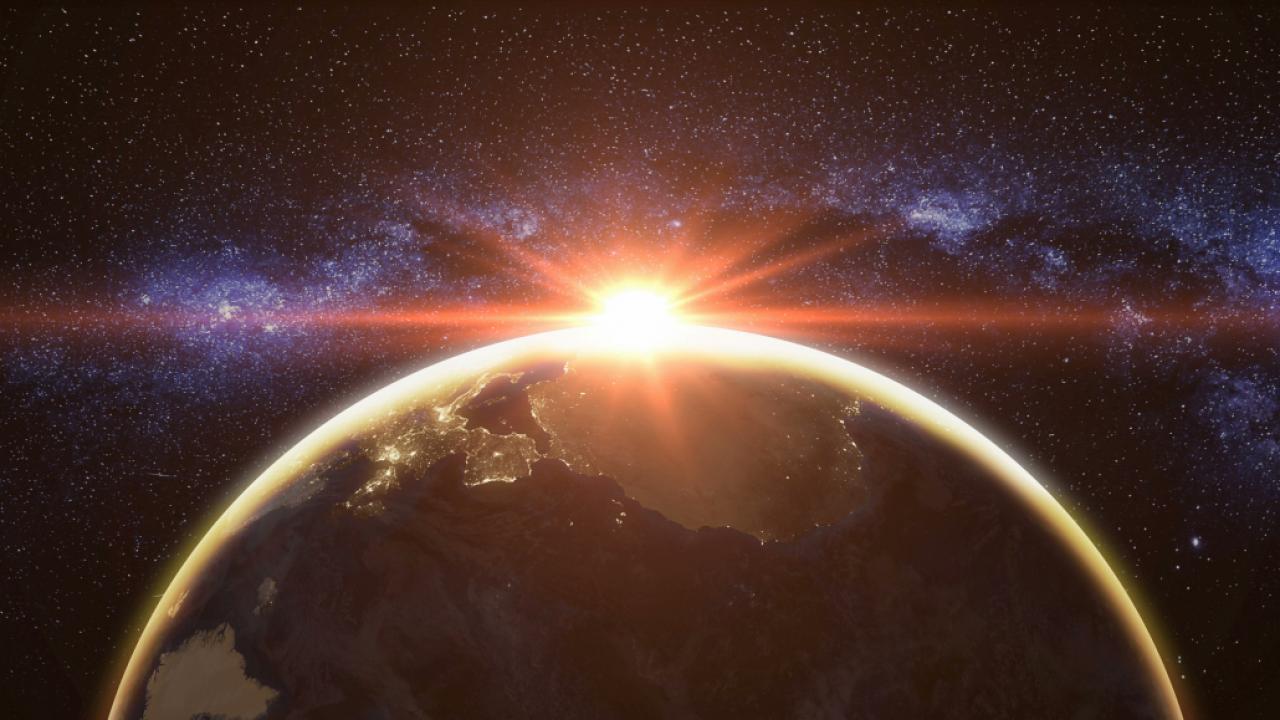 Has Social Media Discourse Affected People’s Hesitancy to Get Vaccinated Against COVID?

Despite vaccine availability, vaccine hesitancy has inhibited public health officials’ efforts to mitigate the COVID-19 pandemic in the United States, which has killed more than 1 million people in the U.S. and nearly 6 million people worldwide.

Estella Atekwana, a geophysicist and dean of the UC Davis College of Letters and Science, was named a fellow today by the American Geophysical Union for outstanding contributions to her discipline.

Data increasingly drives research and policy on a broad array of pressing global issues, including climate change, misinformation in social media, and the future of the social safety net in our aging society. A new mathematics course in the works at UC Davis will help to prepare the next generation of social scientists to analyze and use data in mathematical models.

UC Davis historian Charles Walker, an expert at searching for clues to Peru’s past, was surprised to discover recently that he was a clue himself — in a crossword puzzle in a Peruvian newspaper.

When Queen Máxima of the Netherlands visited San Francisco this week to celebrate her country’s economic ties with California, a UC Davis couple was on hand to celebrate their own Dutch connections and to represent the campus. Husband and wife psychology professors George “Ron” Mangun, who is American, and Tamara Swaab, who is Dutch, were invited guests at a Sept. 6 royal reception at San Francisco City Hall.

Four focus areas for UC Davis’ first “Grand Challenges” are bringing together experts from across the campus to address climate change, emerging health threats and sustainable food systems — and to reimagine the university itself.

Eco-minded Aggie Entrepreneur Builds a ‘Closet in the Cloud’

As an economics major with a passion for fashion, Jae Allen conceived a plan to help people declutter their closets and to keep unwanted outfits out of landfills. Before graduating last June, Allen found his way to the UC Davis Student Startup Center, where campus and business mentors helped him flesh out his business plan. As the center’s first entrepreneur-in-residence, he is preparing to launch his company, Ouros.

Annaliese Franz, professor of chemistry, was recently selected as a 2022 American Chemical Society Fellow. Franz is one of 45 chemists across the country named in August as 2022 fellows for their outstanding contributions to science, the chemistry profession and the ACS.

Scholars from around the globe will gather at UC Davis for a major conference on the study of Jainism, one of the world’s oldest religions, and other South Asian religions. The conference is organized through the recently established Mohini Jain Presidential Chair for Jain Studies in the Department of Religious Studies. It will be held Aug. 11–14.

Although treatments for depression exist, sometimes these treatments don’t work for many who use them. Furthermore, women experience higher rates of depression than men, yet the cause for this difference is unknown, making their illnesses, at times, more complicated to treat. UC Davis researchers teamed up with scientists from Mount Sinai Hospital, Princeton University, and Laval University, Quebec, to try to understand how a specific part of the brain, the nucleus accumbens, is affected during depression.

Five faculty acclaimed for educational leadership in the UC Davis departments of Chemistry, Mathematics, Native American Studies, Psychology, and Spanish and Portuguese are recipients of the 2022 College of Letters and Science Teaching Awards. The annual awards recognize outstanding teaching on the undergraduate and graduate levels, both inside and outside the classroom.

Charan Ranganath, a professor of psychology and director of the UC Davis Memory and Plasticity Program, has been selected for a Psychonomic Society 2022 Mid-Career Award for his research on the science of human memory. Ranganath is one of three scholars worldwide chosen to receive the award from the international society.

The ancestors of galaxy clusters, the largest structures in the universe, have been identified by a team of astronomers including Brian Lemaux, who is affiliated with the UC Davis Department of Physics and Astronomy. Galaxies in the newly identified protoclusters are surprisingly sparse and dim, which may be why they have been so difficult to find until now. The work was published June 15 in Nature. The first galaxy clusters formed as matter began to clump together after the Big Bang. Galaxies formed within them and eventually, clusters and superclusters contained thousands of galaxies bound together by gravity. Conditions inside the cluster influence the size, shape and color of galaxies.

Both humans and other animals are good at learning by inference, using information we do have to figure out things we cannot observe directly. New research from the Center for Mind and Brain at the University of California, Davis, shows how our brains achieve this by constructing cognitive maps.
Subscribe to News
Subscribe to our research newsletter