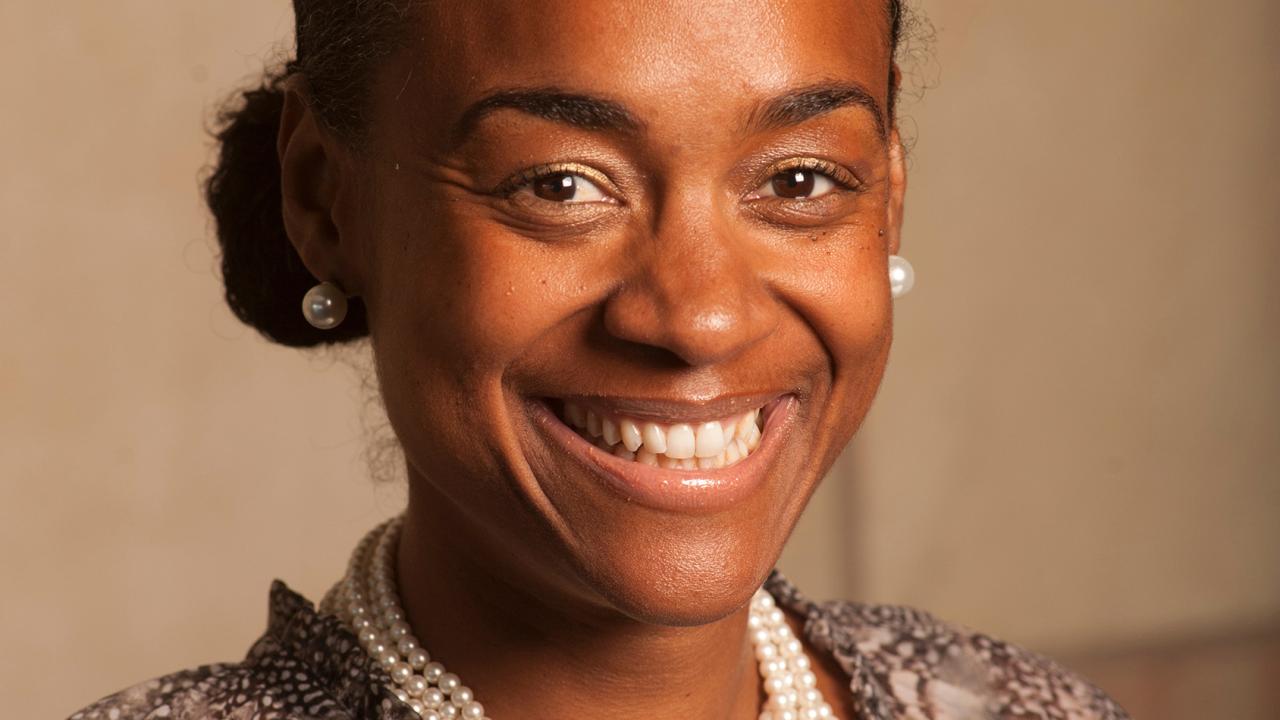 Some children grow up playing in parks,” said Maisha T. (Fisher) Winn. “Colleges and universities were our playground.”

Winn (B.A., English, ’94), the daughter of James Fisher, an African American studies scholar who taught at UC Davis from 1969 to 1974, fondly remembers trips she and her brother took as children to the UC Davis Arboretum and library.

But Winn said she never considered becoming an educator herself until, as a high school student, she heard her father give a lecture titled “Willie Brown as a Metaphor for the Black Route West.” Born in a segregated town in East Texas, Brown was then a California lawmaker who would go on to become the first African American to serve as Assembly speaker and San Francisco mayor.

“This was the first time, in my recollection, I thought that I wanted to become a professor,” Winn said.

Now as a Chancellor’s Leadership Professor in the UC Davis School of Education and co-director of its Transformative Justice in Education Center, Winn works to improve educational and life opportunities for all children.

“The faculty taught us to be careful readers, meticulous writers, and how to access academic journals.” She particularly recalls courses with Patricia Turner, whose interdisciplinary approach to scholarship inspired Winn to weave together her own interests in literacy, performance, social justice, and education.

Winn’s research spans a variety of understudied settings — her early work on literacy practices in bookstores and organizations in the African American community; work in institutions where adolescent girls are incarcerated; and the connections among juvenile justice attorneys and school-based practitioners of restorative justice.

“I am most proud of the work I have done to immerse myself in the lives and experiences of young people and their teachers in school and in out-of-school contexts,” said Winn. “I want to do bold work that asks seemingly impossible questions that we must begin to answer together: How do we teach in an era of criminalizing minoritized children and their families? How do we create classrooms and school communities where everyone has a sense of purpose and belonging? How do we teach in a way that people stop killing?”

Winn, who holds a doctoral degree in language, literacy, and culture from UC Berkeley, has authored eight books, including the influential Girl Time: Literacy, Justice, and School-to-Prison Pipeline (Teachers College Press, 2011). Her latest book is Justice on Both Sides: Transforming Education through Restorative Justice (Harvard Education Press, May 2018).