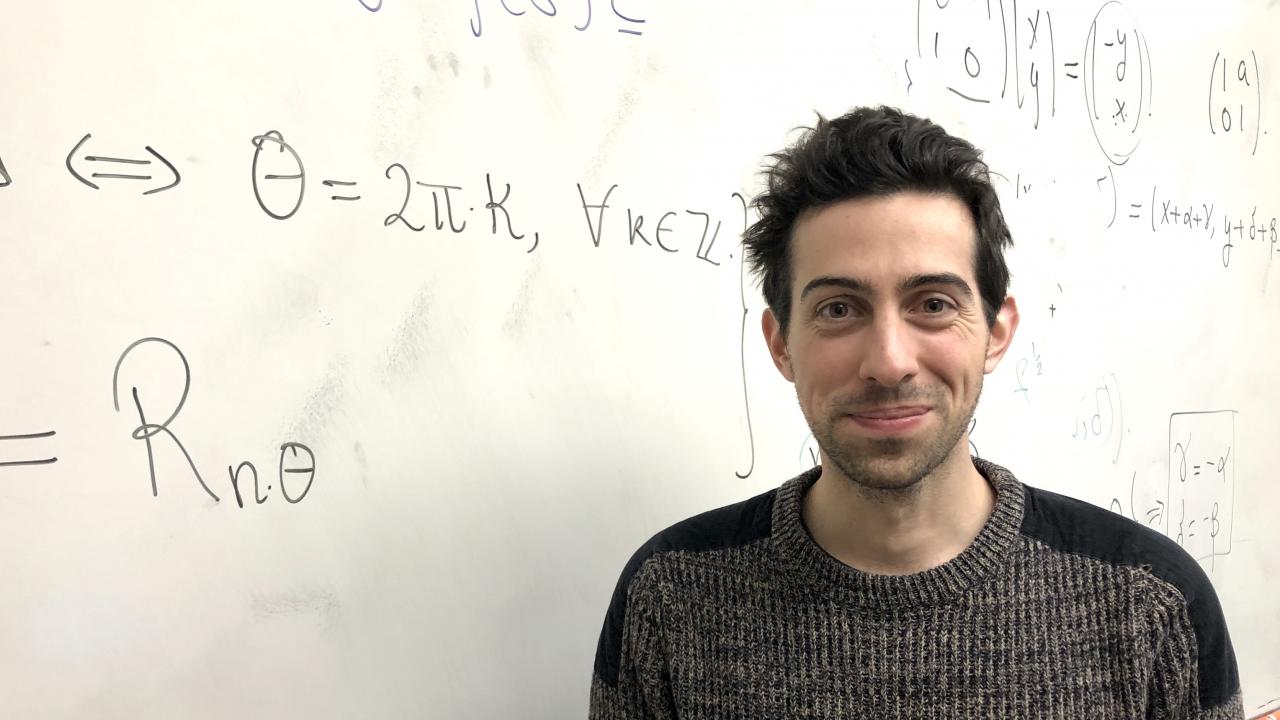 An assistant professor in the Department of Mathematics in the UC Davis College of Letters and Science, Casals’ research centers on how light behaves. His specialty, contact topology, is the study of geometric structures that can describe shapes appearing in rays of light, such as reflections off a rippling pond or the liquid crystals in a television screen.

Casals joined the Department of Mathematics in 2018. He earned his doctorate in geometry and topology at the Institute of Mathematical Sciences in Madrid, Spain. His research was recognized in 2015 with the José Luis Rubio de Francia prize from the Royal Spanish Mathematical Society (RSME), and in 2016 with the Vicent Caselles prize, awarded by the RSME and the BBVA Foundation. Following his doctorate, Casals was a C.L.E. Moore instructor at MIT and a lecturer at University College London before coming to UC Davis.