The luminous rock formations in California Cavern have entranced explorers for centuries. The minerals shimmer “like a glacier cave, with icicle-like stalactites and stalagmites combined in forms of indescribable beauty,” John Muir wrote in 1876.

Trapped among the glittering crystals are tiny water droplets, remnants of the ancient liquid that built the cave’s amazing architecture. The droplets preserve what rain and snow was like thousands of years ago. “They are literally a time machine crystallized in rock,” said Isabel Montañez, Distinguished Professor and Chancellor’s Leadership Professor in the Department of Earth and Planetary Sciences.

California Cavern, in Calaveras County east of Stockton, is one of hundreds of caves hidden beneath the Sierra Nevada foothills. By cracking open stalagmites from these caves, Montañez and her students have teased out a timeline of Northern California’s climate history stretching back nearly 20,000 years. Their work rivals ice cores from Greenland or Antarctica in precision, and provides direct measurements of past temperature and precipitation. Montañez hopes this climate archive will help predict how rain and snow in the Sierra may shift with warmer temperatures.

“As we move into a world that might see two to four degrees of warming in our lifetime, the big question mark is how temperature variability will impact precipitation in California,” Montañez said.

She also has undergraduate researchers working with fossil dripwater to discern episodes of drought, flood, and fire. “The most interesting thing to me was that this is incredibly new science,” said Daphne Kuta, (B.S., geology, ’19), who is now a staff geologist at a Bay Area consulting firm. “We’ve barely scraped the surface of cave monitoring and analysis.”

Squeezing water from a stone

Stalagmites are built drop by drop. Inside a cave, each splash of dripwater leaves behind layers of minerals that slowly amass into otherworldly structures. The layers grow seasonally or annually, like tree rings, and their age can be determined with great accuracy. This means each speck of water trapped within or between the minerals can provide detailed and quantitative climate information.

However, understanding the environmental history preserved in caves requires more than measuring fossil dripwater. Because surface water trickles through plants, soil, and rock before it emerges underground, Montañez and her students must monitor their caves to provide a framework for interpreting the stalagmite climate record.

As a privately owned cave open to tourists, California Cavern offers easy access to researchers. But at Lilburn Cave in Sequoia National Park, Montañez partners with experienced cavers from the nonprofit Cave Research Foundation to set up weather stations and collect samples. Doctoral student Barbara Wortham is one of the people lucky enough to have visited Lilburn Cave, which is only open to researchers.

“It’s thrilling,” Wortham said. “It’s a seven-mile hike in, and we live in pretty rough conditions, but it’s just so fun that I can’t not do it.”

Extracting bits of fossil dripwater is no easy task either. Wortham has developed new ways to target trapped water hiding inside stalagmites.

First, she created a 3D map of the rocks to find the most promising targets for chemical analysis. Wortham scanned the stalagmites with X-ray computed tomography at the UC Davis Center for Molecular and Genomic Imaging, and neutron computed tomography at the UC Davis McClellan Nuclear Research Center. It’s the first time that combined tomography has been used to examine stalagmites, she said. Then, Wortham chipped off small pieces of rock with dripwater inside, crushed them by hand and siphoned out the fluid.

Analyses of different isotopes in the fossil water, when compared to present-day samples, tell Wortham whether the dripwater fell as rain or snow, and what the air temperature was at the time. (Isotopes are atoms of the same element that contain different numbers of neutrons.) Wortham also collaborated with Sujoy Mukhopadhyay, a professor of geochemistry, to adapt methods for measuring noble gases, originally developed for volcanic basalt rocks, to stalagmite research.

“It’s really cool that this project is an integration of so many types of geology,” said Wortham, who plans to become a professor. “Students are coming out of the lab with skills that land them amazing jobs.”

The team’s most recent study revealed the Sierra mountains were 5.1 degrees Celsius colder about 18,000 years ago and received much more snow. “We knew that when California is colder it gets wetter, and when California warms it is drier, but we didn’t know by how much,” Wortham said.

Wortham said fossil water can also reveal whether winter precipitation was dropped by a cold winter storm from the northern Pacific Ocean or a warm atmospheric river from the tropics. This helps scientists identify changes in atmospheric circulation patterns that are caused by high-pressure ridges offshore of California. (A persistent high-pressure ridge was responsible for the severe drought that ended in 2017.) The team’s initial findings suggest the subtropical Pacific was a large source of precipitation in California during the ice age. “The balance of these two precipitation sources is changing through time,” Wortham said.

Climate researchers expect California’s storm patterns to further shift as the ocean and atmosphere continue to warm. The state will still receive about the same amount of rain and snow, but its snowpack will diminish and there will be fewer spring and fall storms. This could bring more extreme floods and droughts, and keep the state dry during its windy, fire-prone fall months.

Predicting California’s climate relies on sophisticated mathematical models. Montañez has spent much of her career ground-truthing climate models with information collected from Earth’s rock record. Paleoclimate data from natural records are essential to testing the accuracy of climate models. For example, if a climate model can’t match the actual temperature and precipitation documented from caves, tree rings, and other natural archives, then the model may overestimate or underestimate future changes.

Montañez is also cautious to limit the damage caused by collecting stalagmites, and minimize how much material is used for testing. For example, Wortham’s new techniques were developed on samples from McLeans Cave, near Angels Camp, which were collected before the cave was flooded by New Melones Lake in the 1970s. The team is also working in sites invisible to normal visitors, and replacing removed stalagmites with plaster copies to limit aesthetic impact.

Thanks to the improved analytical techniques such as those developed at UC Davis, there is now growing interest in testing climate models with data from caves. “Analyzing California’s climate past will provide important insights into the long-term impacts of climate change,” Montañez said. 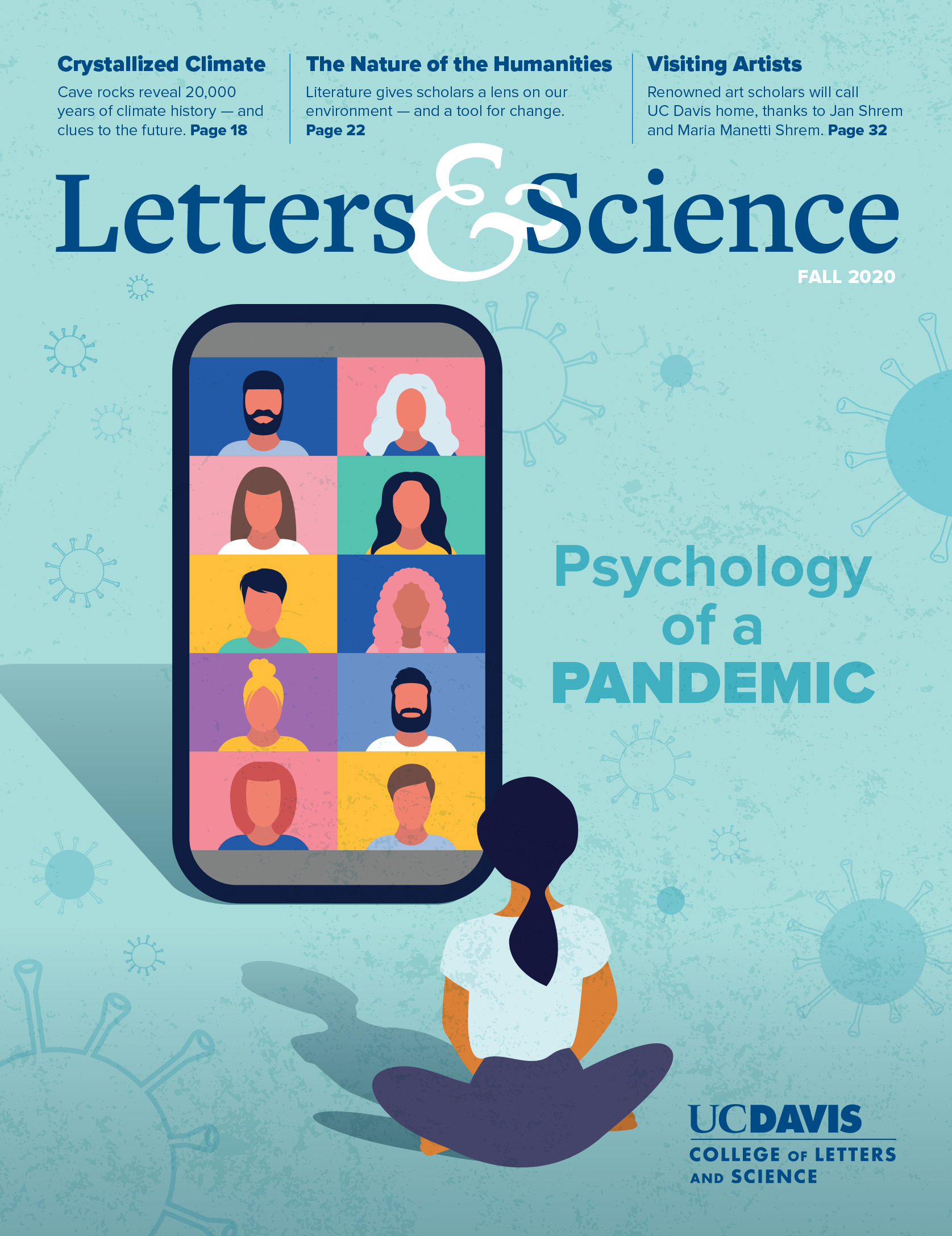