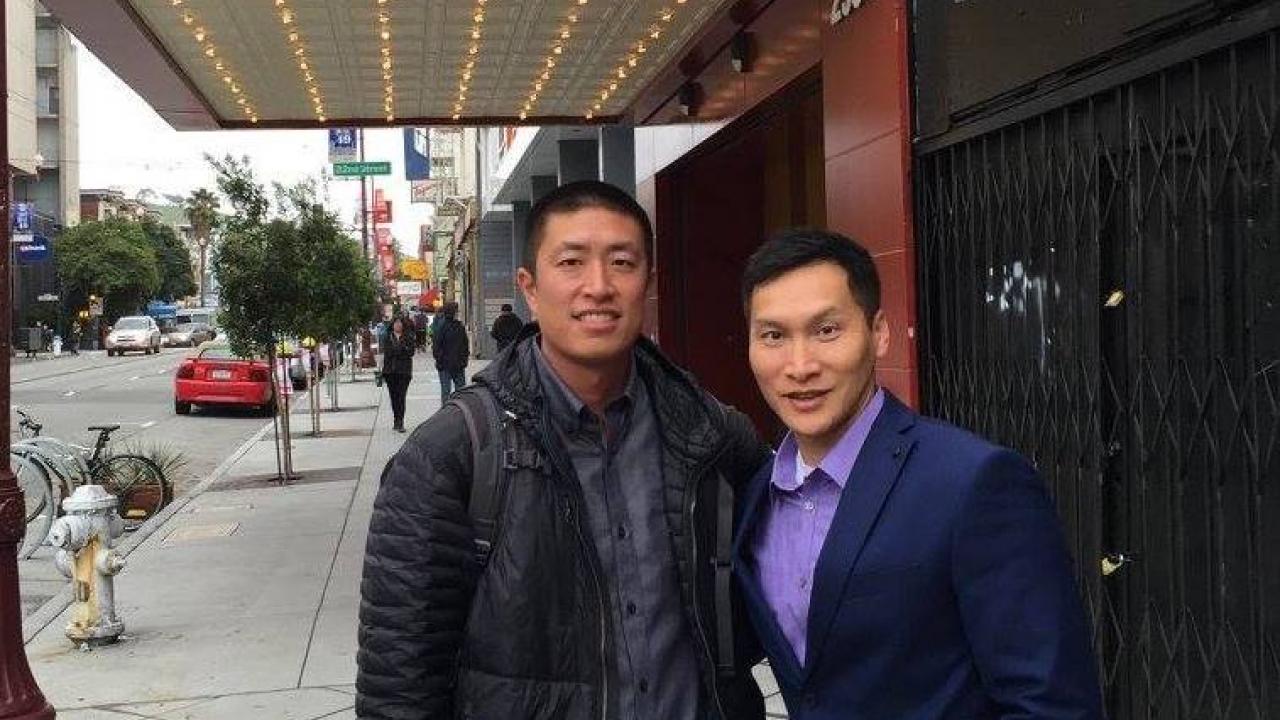 This story is part of the 50th anniversary celebration of UC Davis Ethnic Studies.

“He deepened our understanding of the people-of-color social movements of the ’60s and ’70s and their connection to today,” said Wang, who is from Sacramento. “I wasn’t really aware of a lot of these issues. I didn’t know how mass incarceration was affecting the (Asian American) community.”

Making a movie about Eddy Zheng

Wang became friends with Yuri Kochiyama, a longtime and well-known activist who was with Malcolm X when he was assassinated.

“I’d take her to protests and meetings,” Wang said.

Through Kochiyama, Wang met Eddy Zheng, who was the youngest inmate at San Quentin State Prison. Zheng would become the subject of Wang’s 2016 movie Breathin’: The Eddy Zheng Story.

Serving the incarcerated and those facing deportation

Breathin’: The Eddy Zheng Story is Ben Wang’s documentary about a Chinese immigrant teenager tried as an adult. While a student in Asian American studies at UC Davis, Wang met Eddy Zheng, who served 20 years for home invasion and kidnapping. The documentary follows Zheng as immigrant, son, prisoner and activist on his journey to freedom and rehabilitation. It will be broadcast July 16 at 8 p.m. on the World Channel and streamed on PBS.org this summer.

Wang has been affiliated with the Asian Prisoner Support Committee for nearly 15 years, much of that time as a volunteer. The committee raises awareness about the growing number of Asian Americans and Pacific Islanders imprisoned, detained and deported. Its Restoring Our Original True Selves (ROOTS) program, modeled on an ethnic studies curriculum, provides education to prisoners about immigration and refugee history, intergenerational trauma, leadership development and reentry planning. The group has recently focused more on issues of deportation, especially in the Bay Area Cambodian community.

“There were 40 deportations just a few days ago,” Wang said in a July interview.