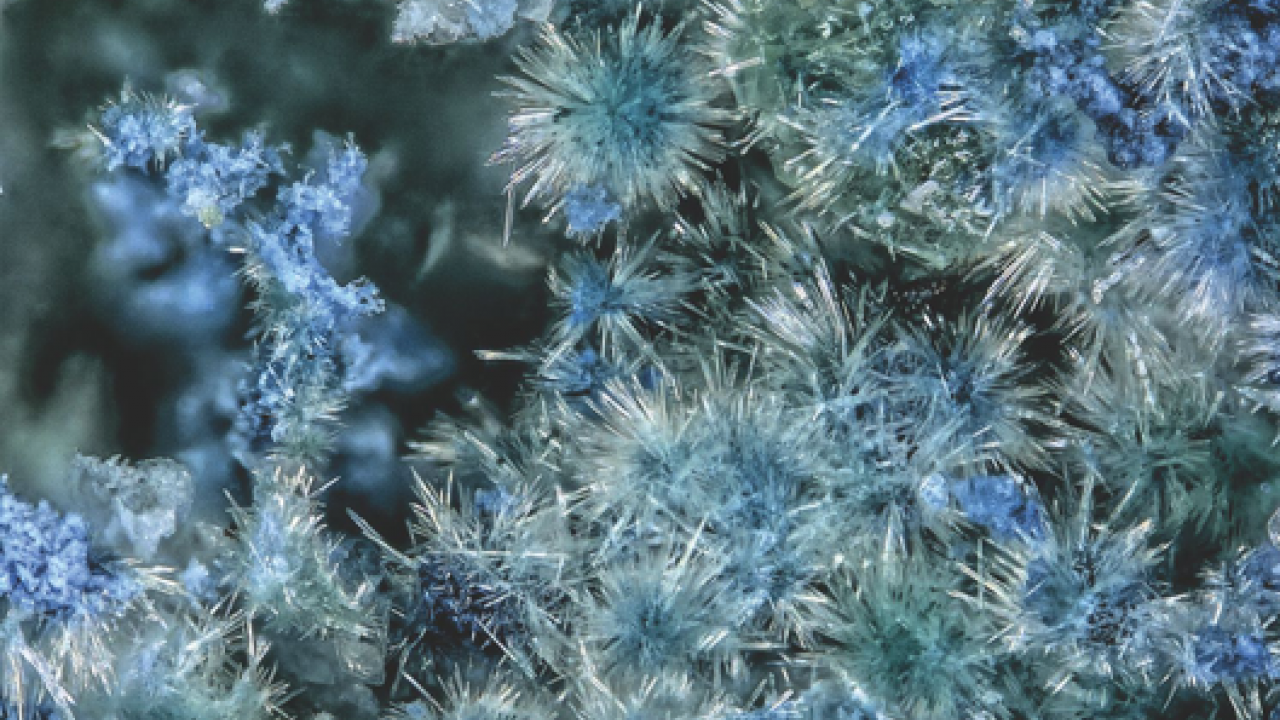 Another new mineral has been named for a UC Davis professor. Navrotskyite, a uranium-bearing mineral found underground in Utah’s Blue Lizard mine, was named for Distinguished Professor Alexandra Navrotsky. Navrotskyite resembles fiber-optic bundles, with tight clusters of needle-shaped crystals.

A physical chemist, geochemist and materials scientist, Navrotsky is director of the Nanomaterials in the Environment, Agriculture and Technology (NEAT) organized research unit and the Peter A. Rock Thermochemistry Laboratory at UC Davis.

Throughout her career, Navrotsky has developed new approaches and instruments for calorimetry — measuring the heat associated with chemical reactions. Her current research focuses on the structure and the stability of both natural and synthetic nanomaterials along with their dependence on temperature and pressure.

Fuzzy yellow crystals discovered in an old uranium mine were named caseyite in honor of William H. Casey, chemistry professor in the UC Davis College of Letters and Science.

Denisovans or Homo Sapiens: Who Were the First to Settle (Permanently) on the Tibetan Plateau?