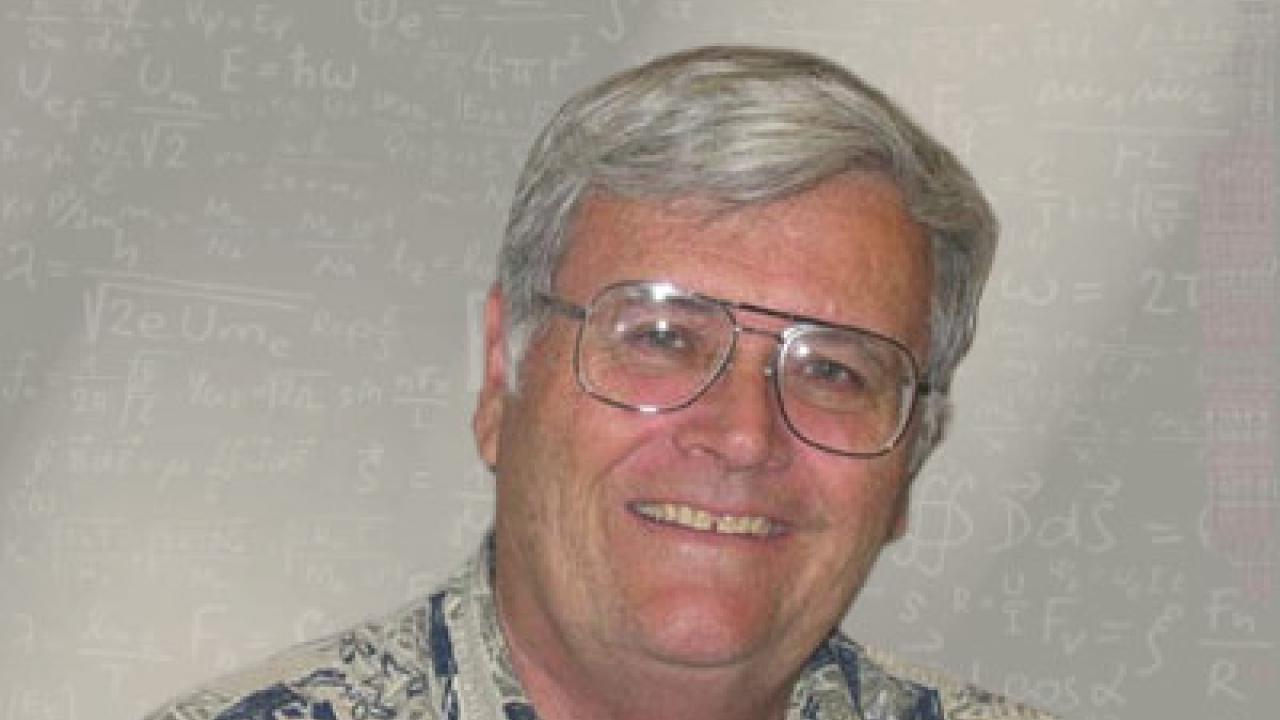 Thomas Cahill, professor emeritus of physics and atmospheric sciences, died from complications of cancer on May 1, 2019, in Davis. He was 82.

During his five decades in research, Cahill delighted in applying his physics expertise to problems in the public sphere, especially those in environmental science. He engaged in battles to save Mono Lake, remove lead from gasoline, protect air quality in national parks, and safeguard first responders following the 2001 World Trade Center disaster.

“Tom Cahill brought a generosity that was both personal and intellectual to the UC Davis community. His commitment to research and policies that will protect our environment leave a lasting legacy. This is sad news and the passing of a generation,” said Elizabeth Spiller, dean of the UC Davis College of Letters and Science.

Standing up against environmental injustice

Cahill joined the UC Davis faculty in 1967. His early research in nuclear physics took place in the UC Davis Crocker Nuclear Laboratory, a particle accelerator that uses powerful magnets to propel electrically charged particles such as protons to nearly the speed of light. In the 1970s, Cahill pioneered a way to use the cyclotron for detailed measurements of the composition of airborne pollutants. In 1977, he oversaw the first measurements of atmospheric aerosols and visibility at national parks, which expanded into the national IMPROVE network.

“I consider him the founding father of air quality research at UC Davis. He brought the IMPROVE program to campus, which is still here, and much more,” said Tony Wexler, distinguished professor and director of the Air Quality Research Center at UC Davis.

Cahill also helped make UC Davis a destination for unusual applications of nuclear physics. As director of the Crocker Nuclear Laboratory, he played a pivotal role in radiation testing of electronics going into space, including the Pioneer and Voyage spacecraft. “I held in my hands hardware that has now left the solar system,” Cahill liked to say.

In the 1980s, historians started to visit the cyclotron to analyze ink and paper without damaging irreplaceable documents. Priceless objects — including parts of the Dead Sea Scrolls — made quiet trips to Davis. In collaboration with Richard Schwab, professor emeritus of history, Cahill examined a copy of the Gutenberg Bible using the Crocker Lab’s proton beam. They were able to establish for the first time the chemical composition of Gutenberg’s printing ink.

“I think Tom's creativity and ability to pursue ideas on a shoestring budget are some of his most distinguishing features,” said Michael Kleeman, professor of civil and environmental engineering, who worked with Cahill on air quality problems. “He had a very long career that touched many other researchers.”

After his retirement in 1994, Cahill continued to pursue his study of aerosol impacts on global climate. He also published several science fiction novels and a book on air pollution.

“Tom will be missed by those of us who knew him as an energetic participant in the life of our department long after his retirement,” said Bob Svoboda, chair of the Department of Physics.

Cahill and his wife Virginia Cahill, J.D. ’81, who teaches water law in the UC Davis Department of Land, Air and Water Resources, were also generous supporters of environmental research at UC Davis. They established the Cahill Applications of Physics to Environmental Research Fund to encourage faculty and graduate students in the Department of Physics to conduct research that will address important environmental challenges. And in 2016, they donated a 196-acre parcel along Putah Creek — the Cahill Riparian Reserve — to the UC Natural Reserve System.

Thomas Cahill was born March 4, 1937, in Paterson, New Jersey. He earned a bachelor’s degree at Holy Cross College in Worcester, Massachusetts, and a doctorate in physics at UCLA.

Memorial gifts may be made to the UC Davis Foundation for the support of the Cahill Riparian Preserve, to Catholic Relief Services, or to the charity of the donor’s choice.