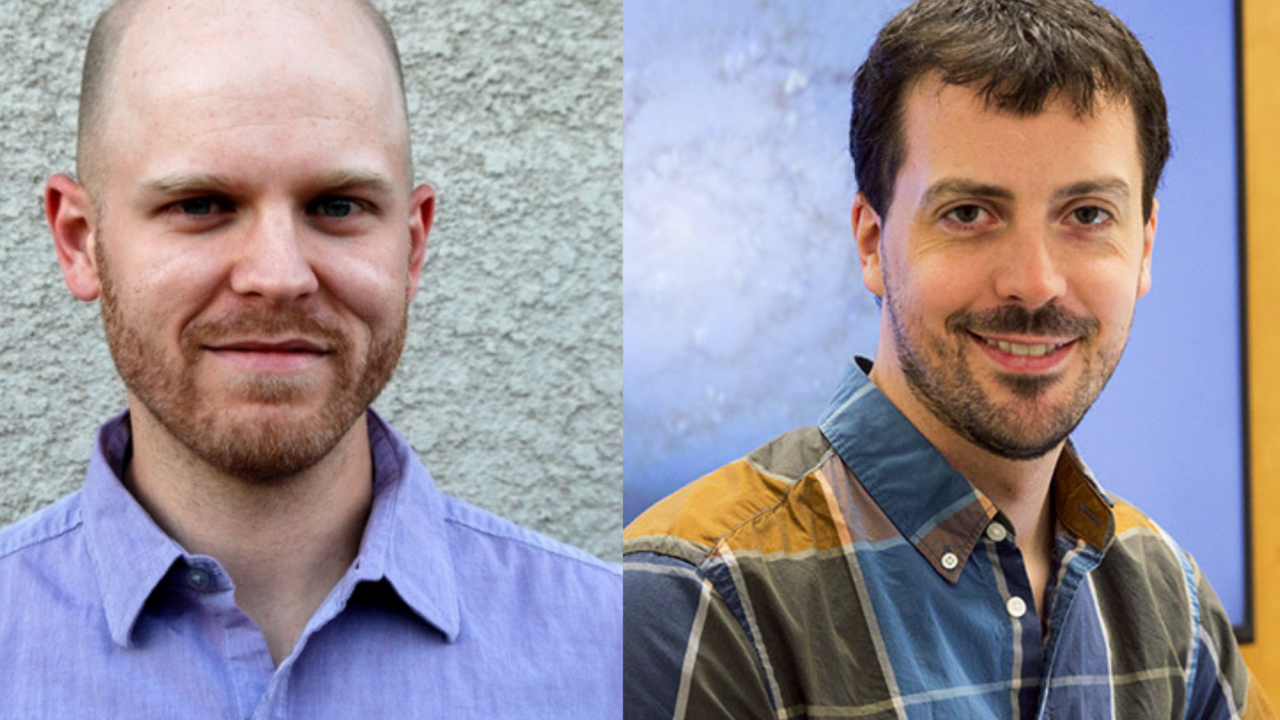 The two awardees are Kyle Crabtree, assistant professor in the Department of Chemistry, and Andrew Wetzel, assistant professor in the Department of Physics and Astronomy. Both share an interest in space: Crabtree replicates chemical reactions that spawn organic molecules in stellar nurseries, and Wetzel creates supercomputer simulations of galaxy formation.

Does life begin in space? 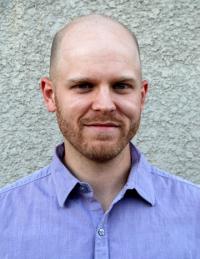 Crabtree and his students have built a state-of-the-art lab to study the rates of chemical reactions in space. Their experiments focus on “prebiotic molecules” — complex organic molecules that may be precursors to life. Radio telescopes have spotted complex organic molecules around newly formed stars, but Crabtree is interested in how these molecules form in stellar nurseries, the clouds of gas and dusts where stars are born before the first stars appear. “We’re trying to get a better understanding of the chemical raw ingredients that make up new solar systems as they’re being born,” he said.

The CAREER grant will also support a CURE (course-based undergraduate research experience) seminar for first-year students, Crabtree said. The course will teach undergraduates to access and process data from the ALMA radio telescope.

Crabtree earned his doctorate in chemistry at the University of Illinois in 2012, and was a postdoctoral researcher at the Harvard-Smithsonian Center for Astrophysics before joining the UC Davis faculty in 2014. He was a UC Davis Hellman Fellow in 2016.

How the Milky Way formed

Wetzel designs supercomputer simulations that model how galaxies like the Milky Way form. The models recreate processes important in galaxy simulation, and also produce synthetic observations for comparison with real-world data. “It’s as if we put a person inside the model and measure what they would observe using a telescope on Earth,” Wetzel said. His current interests center on dwarf galaxies outside the Milky Way and star clusters in the Milky Way disk. “These new simulations will have a high enough range to model the Milky Way’s billions of stars down to these tiny dwarf galaxies,” he said.

The models Wetzel works on are freely available for public use, and with support from the CAREER grant he plans to develop user-friendly tutorials for anyone interested in analyzing cutting-edge galaxy simulations.

Wetzel earned his doctorate in astrophysics at UC Berkeley in 2010. He was a postdoctoral researcher at Yale University and a Caltech-Carnegie Fellow at the Carnegie Observatories in Pasadena, California, before he was appointed to the UC Davis faculty in 2016. He was a 2019 UC Davis Hellman Fellow and a Scialog Fellow in 2018 and 2019.