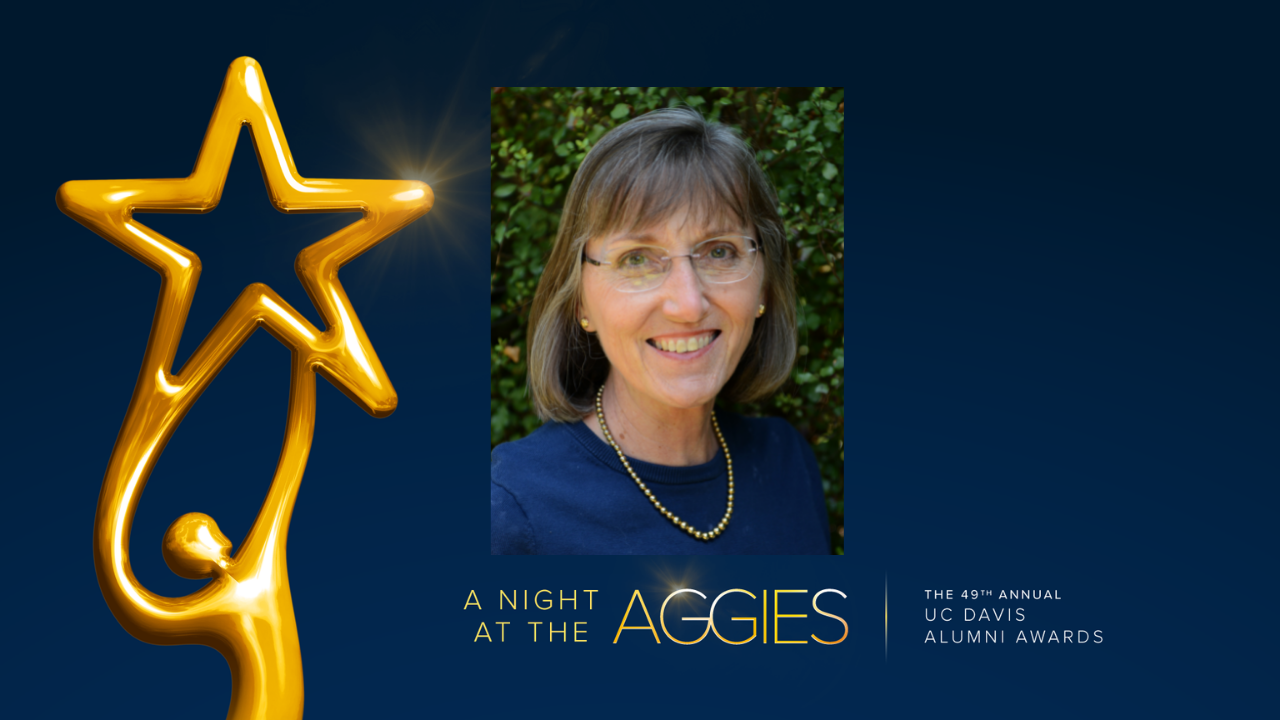 A former business litigator, Stegura advocates for helping students in need, supporting the Student Emergency Relief Aid Fund, ASUCD Pantry, DREAM Scholarship and other causes. She and her family have created two endowments for student support — one for scholarships and one to help student retention, with preference to first-generation and AB 540 students. (Passed in California in 2001, AB 540 exempts certain nonresident students, including undocumented students from paying nonresident supplemental tuition.)

Stegura is an executive trustee of the UC Davis Foundation and served for several years on the CAAA Board of Directors. She is a charter member of UC Davis’ Women & Philanthropy and the UC Davis Library Leadership Board.

In her hometown of Rolling Hills Estates, California, Stegura has twice been elected to public office — first as a board trustee for her local library district, and now as a member of the city council.

She is one of six dedicated alumni and friends who will be honored at CAAA’s annual UC Davis Alumni Awards gala, “A Night at the Aggies,” on Friday, May 6.

Register for the gala.

— Adapted from an article by Clémentine Sicard, a staff writer in the UC Davis Office of Development and Alumni Relations.