In our fast-paced, increasingly interdependent world, the problems and policies of each nation have repercussions that are felt far beyond its borders. Whether the issue is climatic change caused by carbon dioxide emissions or the rights of workers in factories owned by transnational corporations, decision makers in government and industry must now consider how their actions will affect people and places around the globe. As an international relations major, you will draw from a variety of academic disciplines to gain a more complete picture of the issues and traditions that shape regions and nations.

International relations majors are prepared to embark on exciting careers in many areas related to transnational issues and concerns. Many have found employment with federal government agencies such as the Foreign Service, international or non-governmental organizations such as the United Nations or companies conducting business or finance operations internationally. 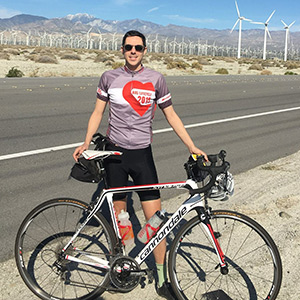 1998 UC Davis graduate Tim Mizrahi is now a business and legal affairs executive at one of the fastest growing Fortune 500 technology companies. When his work gets stressful, Tim focuses on the “humility and calm and respect” that he learned through his undergraduate years at UC Davis.

After completing lower-division work in the social sciences and in a foreign language, you will select an emphasis for your advanced study. You may choose to focus on world trade and development; peace and security; global environment, health and natural resources or peoples and nationalities. You will specialize in one region of the world: Western Europe, Russian and East/Central Europe, Asia and the Pacific, Latin and South America or Africa and the Middle East. You may also take advantage of UC Davis' extensive Education Abroad Center programs to gain firsthand experience in another country.