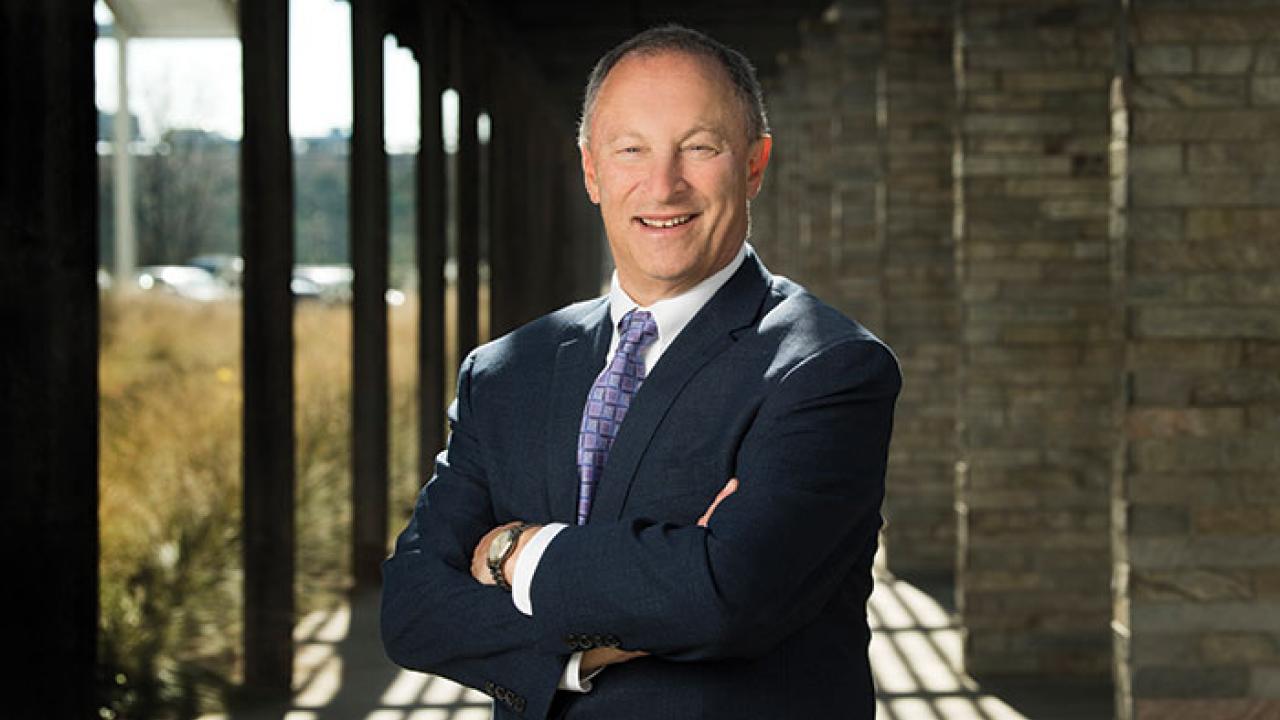 Provost Hexter to Step Down

Ralph J. Hexter, provost and executive vice chancellor since 2011, and acting and then interim chancellor for 15 months in 2016–17, will leave his administrative post at the end of the 2019–20 academic year after almost 10 years in Mrak Hall.

“To me, that seems sufficient, and periodic renewal in every position is an essential element of institutional growth,” Hexter said. He plans a renewal of his own, in classics and comparative literature, as a scholar and teacher at UC Davis.

Chancellor Gary S. May described Hexter as “an extraordinary leader — professorial yet approachable, traditional yet forward-looking, focused on the institution yet global in his thinking. He demonstrates wisdom and compassion on a regular basis, and always has sage advice.”

The chancellor praised Hexter for helping lead the university’s growth over the last several years — in enrollment, faculty positions and infrastructure. In addition, he took on oversight of the new Office of Enrollment Management, which, among other responsibilities, focuses on diversity among new students.

As acting and then interim chancellor in 2016 and 2017, Hexter guided UC Davis not only through a change in administrations, but also through the beginning of the national debate over free speech as opposition grew over appearances by controversial speakers such as Milo Yiannopoulos, even at institutions of higher learning (including UC Davis) that have long been bastions for the free expression of ideas.

“In these contentious times, it is more than ever crucial that we improve our capacity to conduct debates and dialogue — that is, if we want our university to be a true community, and also a true scholarly community, one that fearlessly pursues truth by critically engaging with the broadest range of ideas,” Hexter said in his Fall Convocation address in 2016.

A member of the American Academy of Arts and Sciences, Hexter said he is eager to return to the faculty. “Since fall 1990, there have been only two months when I did not also have a major administrative job in one institution or another,” he said.

At UC Berkeley, he served as a department chair, divisional dean and executive dean in the College of Letters and Science. In between Berkeley and Davis, he was president of Hampshire College in Massachusetts. Upon his appointment there in 2005, he was one of the few openly gay presidents in higher education in the nation; five years later he was a founding member of LGBTQ Presidents in Higher Education.