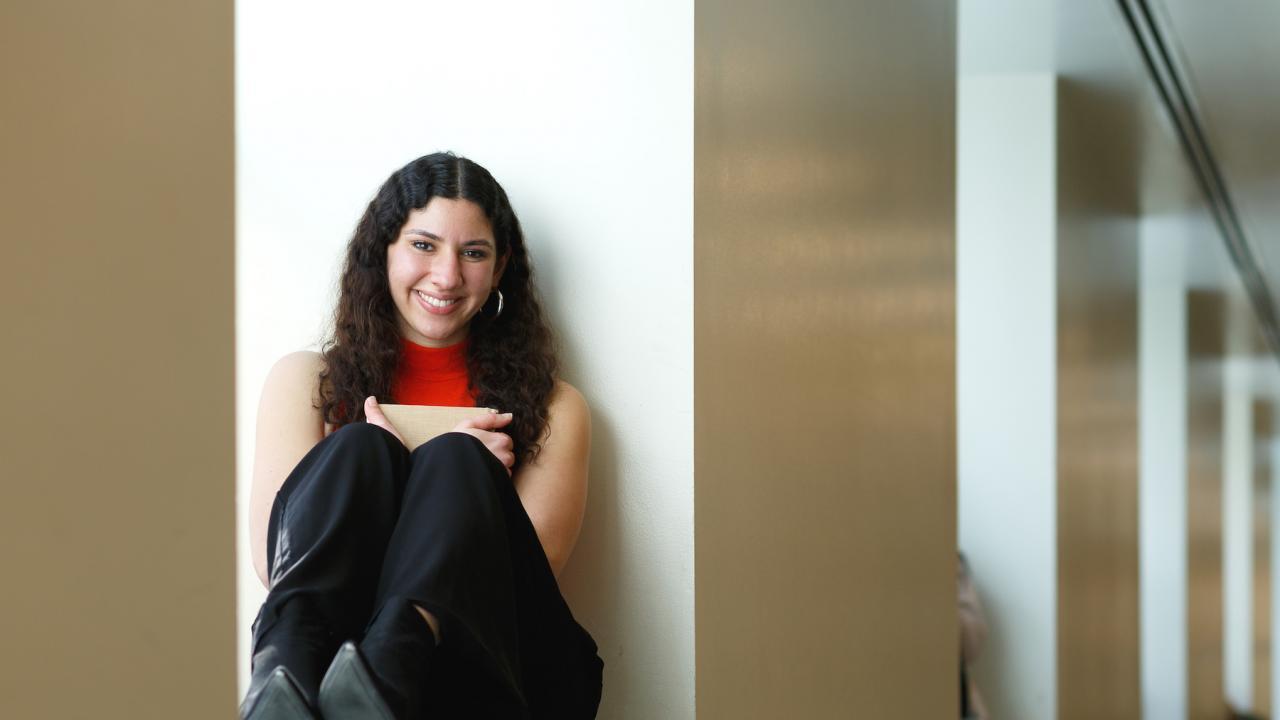 Each year, the UC Davis College of Letters and Science names two graduating seniors as the Herbert A. Young Award and Leon H. Mayhew Memorial Award recipients in recognition of outstanding academic achievement, community service and extracurricular involvement in the college. The college honors and celebrates the incredible leadership that both these students have shown our academic community.

Esau has also received the University Medal, given to the top graduating senior at UC Davis, and in March was named winner of a Gates Cambridge Scholarship.

Raised in the San Francisco Bay Area and Jordan, Esau focused her studies on the nexus of literary scholarship, human rights and climate change. During her studies, she realized that her culture was not being represented in the climate narrative and plans to explore this issue after graduation.

Esau has given back to many throughout her time in the college. Through a human rights class, she became involved with the Article 26 Backpack program, which helps displaced people to reconstruct and store their educational credentials through a cloud-based app. Fluent in Arabic, she helped refugees in the Sacramento area create online educational profiles and translate documents.

Kenton Goldsby of Ferndale was recognized with the Leon H. Mayhew Memorial Award, presented by the College of Letters and Science to undergraduates majoring in music, art or literature for their academic achievement and service to the university.

Goldsby, who will graduate with two bachelor’s degrees in Spanish and religious studies, was campus news editor of The California Aggie and a peer advisor for the Department of Religious Studies. He shared that he is “passionate about highlighting students in a palpable way, allowing their voices to be heard, their grievances acknowledged, and holding those in authority accountable.” Goldsby spent a year studying abroad at the University of Barcelona in Spain and speaks Spanish, Catalan and English.

The $1,000 Mayhew Award was created in memory of Leon H. Mayhew, a sociology professor and dean of the College of Letters and Science.