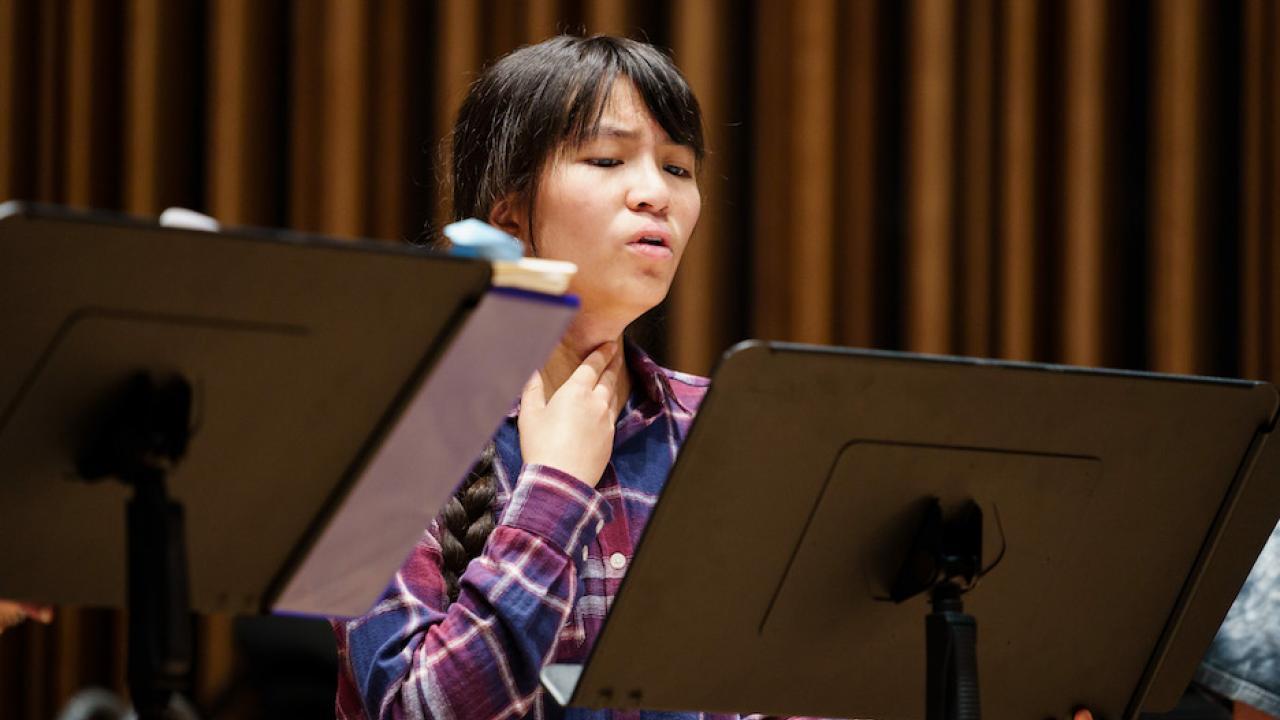 Mira Huang has a busy, but well-planned, life. The music and psychology double major with an English minor is a vocalist, assistant music director of the Davis Chamber Choir, and peer advisor in the music department. She recently won the University Farm Circle’s Carol Le Coss Memorial Scholarship, presented to a student in the arts, the Charles R. Bishop Award scholarship, the Sacramento Saturday Club, the Marta Belen Award and the Music Department Award.

A fourth-year student, Huang plans to pursue a master’s degree in vocal performance and a singing career. The scholarships will help with that.

“I must spend money on sheet music, concert spaces, concert dresses and accompaniment fees, at the very least,” Huang said. “I’ll need money for competitions to expand my resumé, application fees and recording fees to make audition tapes. This award will definitely help me make those crucial parts of my career path possible.”

Huang started singing in her elementary school choir, then joined the Cabrillo Youth Chorus in Santa Cruz. She took professional voice lessons in high school and began singing with other groups and churches. At UC Davis, she has been a member of the chorus and chamber singers and was a semi-finalist in the Mondavi Young Artists Competition. As co-winner of the 2018 UC Davis Concerto Competition, she performed Mozart’s “Ruhe sanft, mein holdes Leben” from the opera “Zaide” with the UC Davis Symphony Orchestra.

“The double major was very useful because it gave me more variety. I learned to navigate both the small music department and the enormous psychology department. I also think psychology is a great field for everyone because its research can be applied to nearly anything.”

Studying music at UC Davis gave her opportunities she felt she would not have found elsewhere, especially in the areas of Early Music and Baroque Music.

“I've been able to expose myself to a huge amount of music that I wouldn't have gotten at any other school I know of,” she said. “If I had not attended UC Davis, I would have never found my true passion for music in the first place.”

To learn more about scholarships, visit Financial Aid and Scholarships.