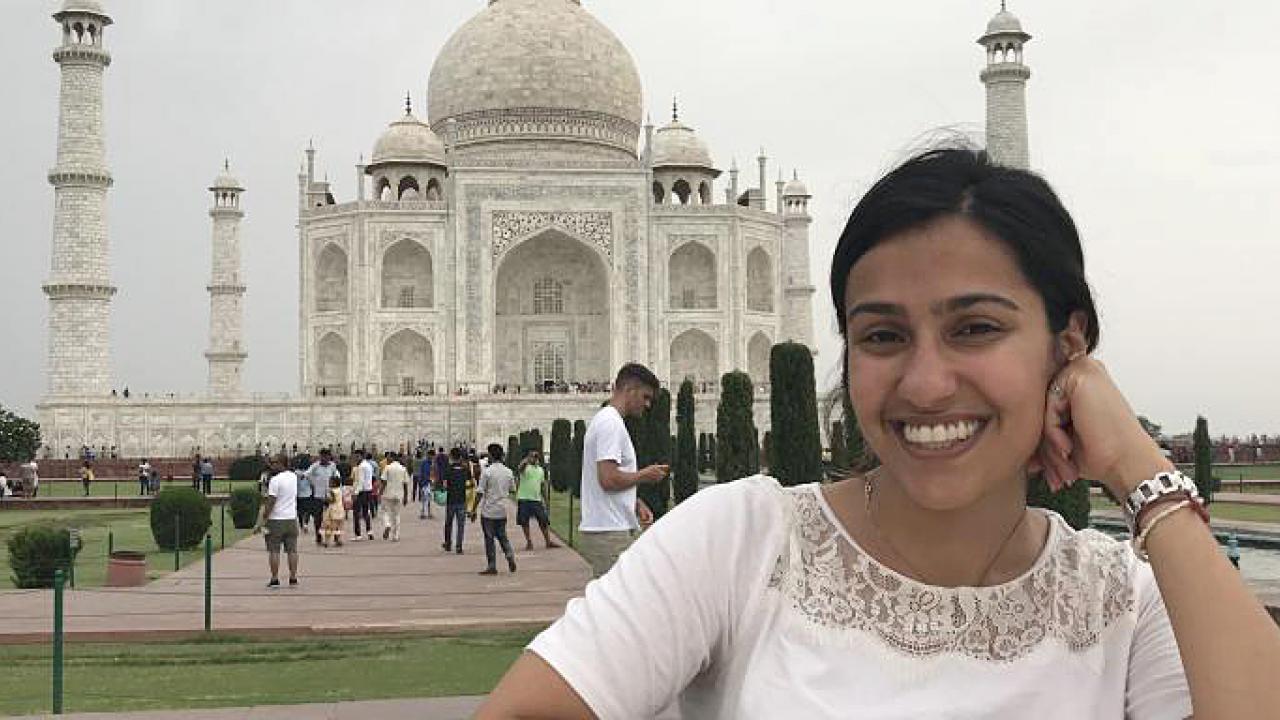 Nahrain Rasho, a graduate student in political science and a 2019 UC Davis Grad Slam finalist, studies ethnic conflict and the policies designed to resolve tensions between groups — an interest she says comes from her upbringing as a daughter of Assyrian refugees from Iraq.

What did you do to prepare for Grad Slam?
I attended the Grad Slam information session at UC Davis. I studied the presentation styles of those who won the Grad Slam in previous years. I practiced several times with my colleagues and friends outside of academia.

Fatima Hussain, a graduate student in chemistry, will also compete in summing up her research for a general audience in three minutes or less. Read about her and her focus on water remediation.

What initially attracted you to your field of study?
My upbringing as a daughter of Assyrian refugees from Iraq informs my interest in ethnic violence. I have always been interested in studying ethnic conflict and the policies designed to resolve tensions between groups.

What do you like to do in your free time?
I like to travel, do yoga, journal, go on bike rides, and catch up with friends and family.

If you could invite one person (from any point in history) to sit in the audience and view your presentation at the March 13 Final Round, who would it be and why?
I'd invite my parents. They would be very proud to see me use my platform to raise awareness about minorities in the Middle East.

Where do you see yourself in 10 years?
Researching and teaching on policy that responds to local ethnic communities in the Middle East and the United States.

Cheer on Nahrain and the other nine finalists at the UC Davis Grad Slam Final Round on March 13. Sign up via Eventbrite and like and follow the UC Davis Graduate Studies Facebook page to tune into the live stream.