After Beating Leukemia, Aggie Will Ellis Finds a Cause in Helping Cancer Patients 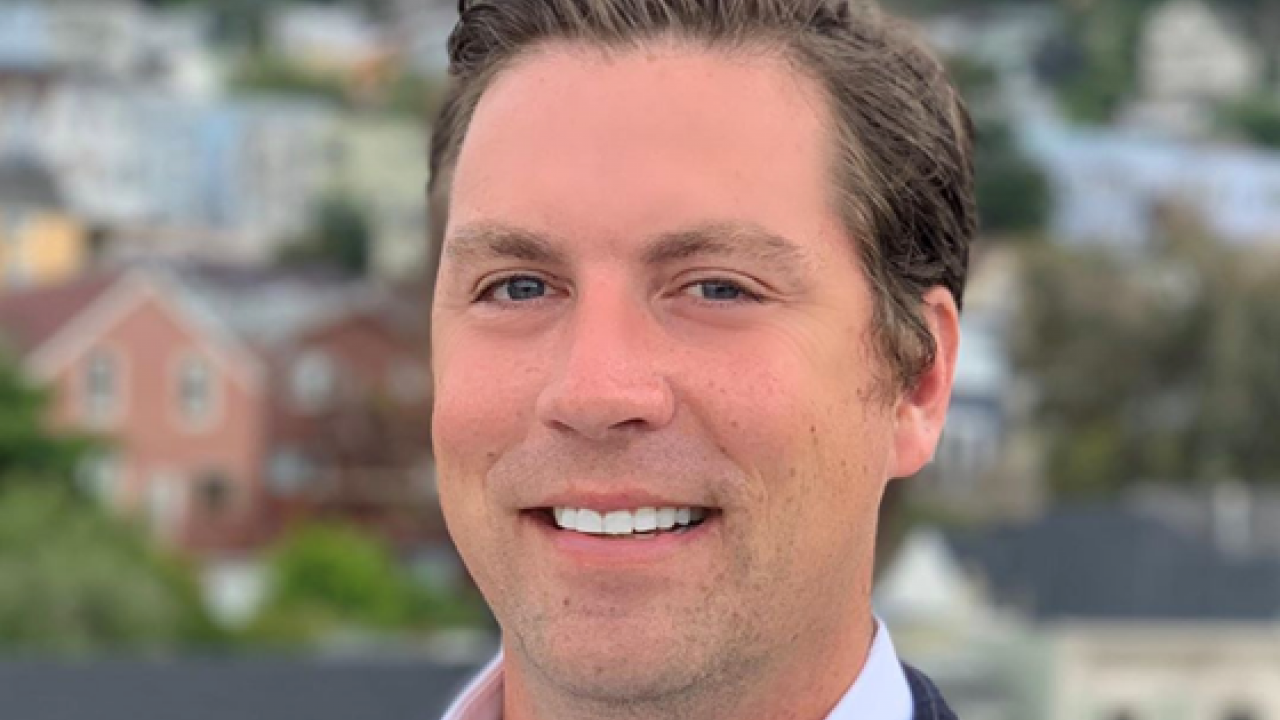 After two decades of volunteer work with cancer charities, Will Ellis (B.A., communication and Italian, ’04) wasn’t about to let the cascading crises of 2020 derail him.

Despite pandemic restrictions on in-person events, Ellis raised more than $103,000 in 10 weeks for the Leukemia and Lymphoma Society (LLS) Greater Bay Area Chapter to win its “Man of the Year” title.

The Man & Woman of the Year competition is one of LLS’s major fundraising events — with candidates to raise the most money in honor of local children who are blood cancer survivors. Ellis ran in honor of his own victory over acute lymphoblastic leukemia.

As a blood cancer survivor, Ellis said supporting cancer research and services for patients and their families is a deeply personal cause.

“I didn’t want this cause to be overshadowed by things that are going in the world right now,” he said. “There are a lot of crazy things happening, but cancer patients still need support. So, I kept that as my North Star.”

A gusto for giving back

It was a repeat fundraising achievement for Ellis, who lives in San Francisco and works as a global recruiter for Google. In 2017, he led a team at Salesforce, where he then worked, in raising close to $400,000 for the LLS Light the Night campaign. He also serves on the board of trustees for the LLS Greater Bay Area Chapter.

Ellis also volunteered as a wish granter for the Make-A-Wish Foundation, which granted his wish for a ski trip with his brother and friends when he was a 16-year-old leukemia patient.

And for several years, he and his brother, Jordan, have helped run Camp Sunshine Dreams, a weeklong summer camp held in August at Huntington Lake in Fresno County for young cancer patients and their siblings. (This year’s camp was canceled due to the pandemic. Wildfires in early September threatened Camp Keola, where Camp Sunshine Dreams is held.)

Meeting survivors is powerful medicine for patients and their families, Ellis said. “I feel really fortunate that I have survived, but also that I’m able to leverage my experience to help guide parents and current patients through their journey.”

Ellis was already a blood cancer survivor, with four years of chemotherapy and multiple hospital stays behind him, when he enrolled at UC Davis in fall 1999, his disease in remission.

His leukemia diagnosis at age 16 put his life on hold in the Merced County town of Atwater. At his lowest point, doctors estimated his odds of surviving were about 50-50.

“That was a really formative time in my life. My friends — 16, 17 years old — were getting boyfriends, girlfriends, learning what they wanted to do in the world. As a teenager I was more focused on staying healthy, being well and staying alive. So, when I stopped treatment, I had to relearn that it was going to be OK, that I might survive tomorrow.”

With the help of a private tutor, he was able to finish high school in 1999, graduating on time with his friends.

“I really learned to think about how I wanted to live life. I wanted to experience everything, so I did. Every time that I had an itch to do something, there were no bars holding me back.”

An international education and an HR career

While pursuing his double major at UC Davis, he participated in two study abroad programs in Perugia, Italy — the first time as a second-year student and again his senior year. “I loved it so much. I loved being in Davis, and I will always have great memories of Davis. But going to Italy those two times was just unreal.”

After graduating, he followed a childhood dream to live in England, enrolling in the Mountbatten Institute graduate program in international business, taking courses at Cambridge University, and working in the recruiting department of an investment bank.

After two years in London, he returned to California and furthered his human resources career in the San Francisco Bay Area — first doing career placement at an art school, then working as a recruiter for Apple, Twitter, Salesforce and now Google.

His disease in remission for 20 years, he has also thrown himself into supporting blood cancer research and patient advocacy and support. One month after being named LLS Greater Bay Area Chapter Man of the Year, he turned his focus in September to fundraising for Blood Cancer Awareness Month. “I absolutely am going to stay involved as much as I can.”

How Green Are Electric Vehicle Subsidies?