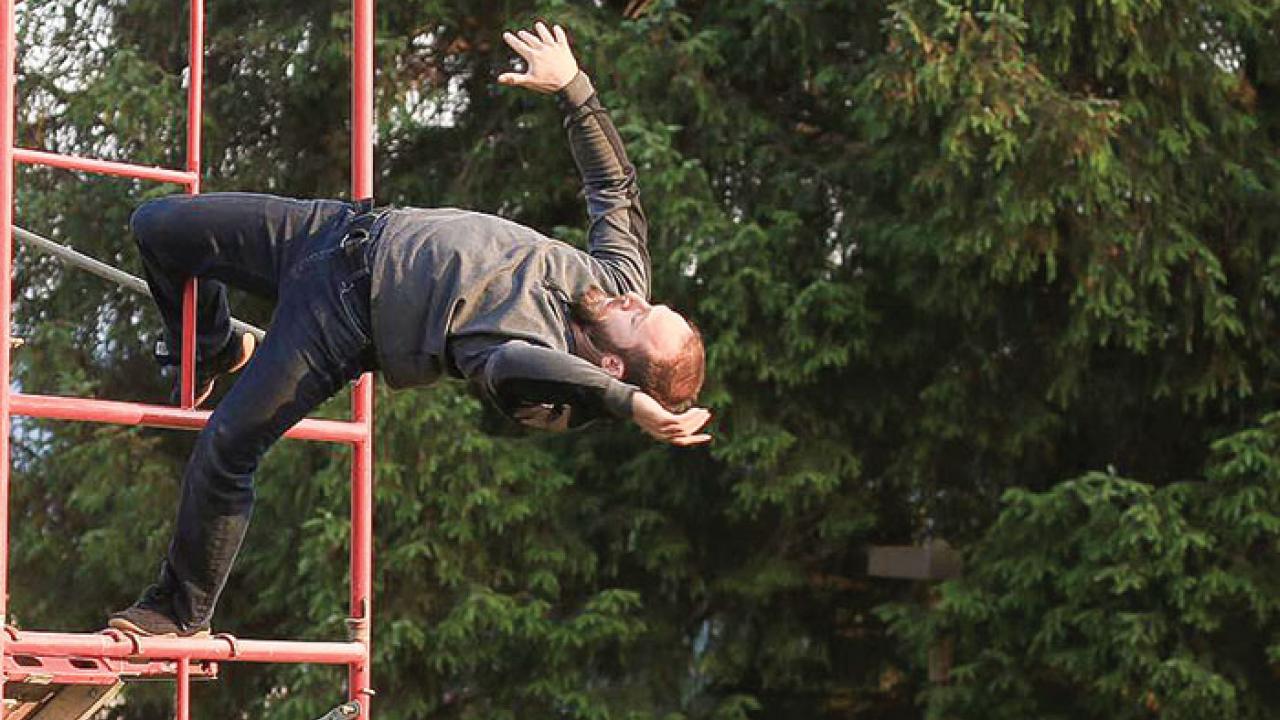 Ferrando has channeled his passion for physicality and theater into a career that calls for both. As a student at UC Davis, he studied dramatic arts and was a part of the gymnastics club.

“The wow factor, sure it’s impressive, but the core of circus to me is opportunity and curiosity,” Ferrando said. “It takes a circus community to say, ‘What if I throw this up in the air and catch it? What about two or three? What about five?’ That curiosity paired with physical theater is what draws me in.”

Performance jobs have given him experience in a variety of settings, including being an acrobat in the Metropolitan Opera, playing Electro in the Marvel Universe Live! tour of Age of Heroes, and appearing in the 2017 film The Greatest Showman.

These days, Ferrando is based in Los Angeles and focused on the motion capture industry. Actors don a high-tech suit and their movements are recorded in 3-D, often for filmmaking or video games.