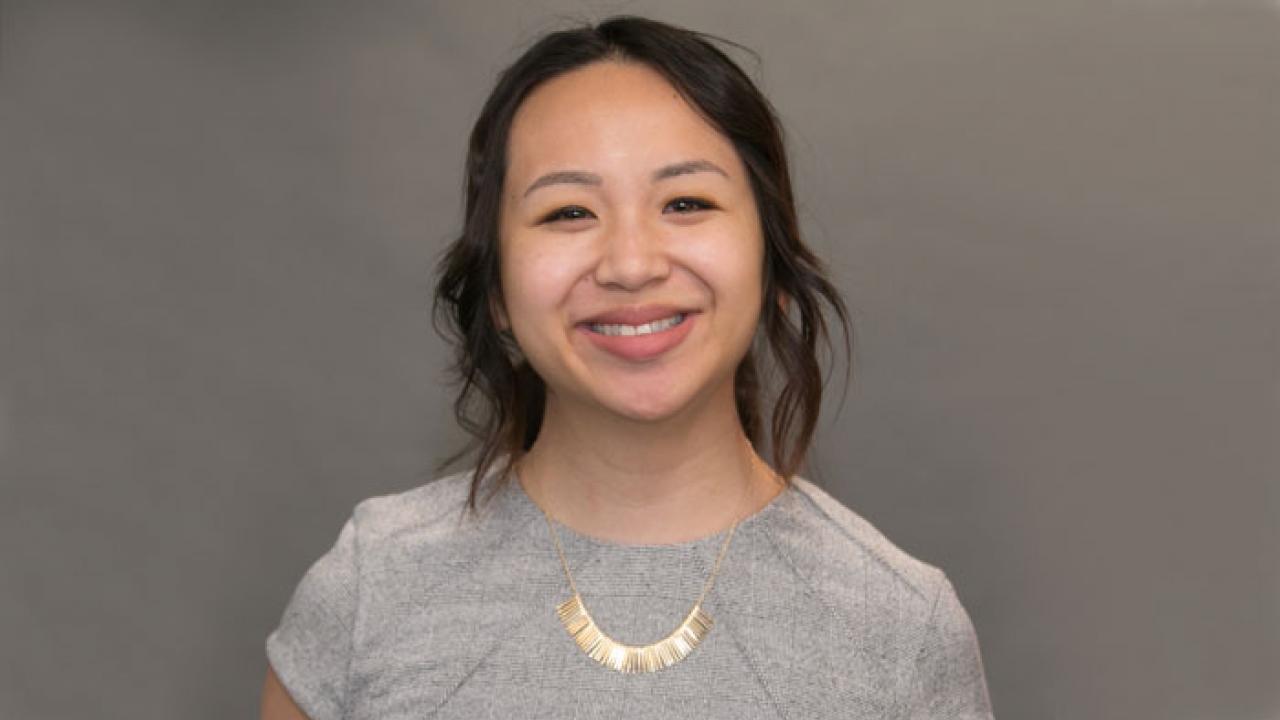 Aileen Zhong (B.A., political science and sociology, '14) said she was motivated to shape her career by the results of the 2016 elections. Young people “were angry, they were pissed off, but none of them really knew how to exactly channel that frustration into action,” she said. Zhong went to work in July 2017 for Oakland-based IGNITE, which trains girls and young women in order to “build a pipeline of next-generation leaders who are ready to run for office.” Zhong spent two years with the nonprofit, first with its California operation before becoming policy and program manager for its national operation. Her proudest accomplishment: Adding a component to teach girls and young women nationally not only to become candidates, but to advocate in state government for policies they care about. In July 2019, Zhong took a policy job at Booster Fuels, a San Mateo-based company that delivers gasoline to motorists directly, at office parking lots. Noting that the company eliminates pollution that can occur by storing and perhaps leaking gasoline, Zhong said she wants to leave the world a better place. “Booster really spoke to me with that role,” she said.